The other weekend we made a trip to our local market. We came away with a good selection of fruit and vegetables for the week for under £10 and an entire box (see just how big in this photo) of cherry tomatoes for just £2.50. 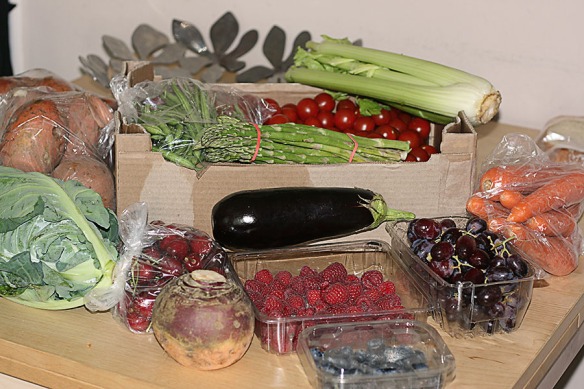 I used the tomatoes to make a whole load of tomato sauce for the freezer. I made some roast tomato sauce and also some just cooked down on the hob (using a simple recipe from Rose Prince’s Kitchenella). Both sauces are delicious but the roasted tomato sauce just had the edge in terms of depth of flavour. That said, both sauces are far better than any sauce I have made using tinned tomatoes. I’ve been using the sauces a lot in pasta dishes and pizza’s so I’ll have to keep an eye out for another box very soon.

I also oven dried some of them and made my own “sun” dried tomatoes. They were good but I can’t see myself making them again as they didn’t keep well (even in the fridge).